I am a big fan of Steph Berg's website - and what do you know.... last week a picture of some amazing looking Cinnamon Scrolls popped up - the recipe is from the Australian Recipe Community.

These were the first recipe I have seen that didn't rely on a yeasted dough.  Nothing wrong with yeast of course - but it does rely on you having the time for the whole proving thing.

So, long story short... had to make them!  In fact, I've done them twice about twenty times now.  DELICIOUS! And what is more, super easy!

I decied to do mini versions - dunno why, just did, and they turned out perfect, just a nice mouthful... although WAY too easy to have "just one more..." until they are all gone!

It is basically a scone recipe with the cinnamon sugar and then some icing on it - but nothing basic about the taste!  The scroll isn't sweet at all, but after the icing went on, it is quite sweet - so if you want to control the sweetness, control the amount of sugar on the top.

HINT: I added a tablespoon of vanilla sugar to the icing mixture for a very nice extra taste.

SUPER DOOPER LESSON: do the ingredients in reverse!!!

That way you don't need to keep cleaning the bowl and it's all made much quicker!

LESSON: I found that at the moment, being winter and darn chilly, the cinnamon butter portion was hard and bitty after the blending time and hard to spread.  I warmed up the mixture for 40-60 seconds on 37oC while I beat the butter, brown sugar and the cinnamon together.

LESSON: if you are going to do mini ones like I did - roll the dough out VERY thinly and make sure you have at least a couple of turns with the dough - or you will just have thick crescents.  Once I have rolled them into a roll,  I cut them about 1cm thick.

HINT: if you make the icing a bit runny and drizzle it over while the scrolls are hot, you get a glazed effect that is pretty groovy (and easier than piping)

HINT: I have tried many different flavours in the filling... from fruit (raspberries, blueberries) to chocolate and even coffee/walnut - they are ALL delicious.  For the fruit ones, I let the fruit defrost, squish it onto the rolled out dough and sprinkled with brown sugar.

Recipe made 30 little ones or 12 big ones 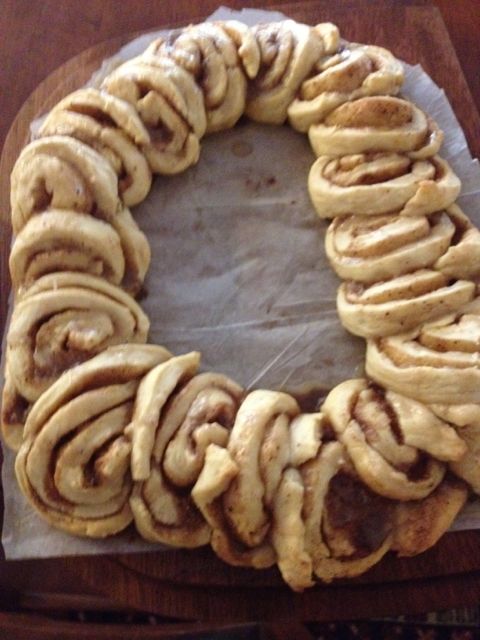 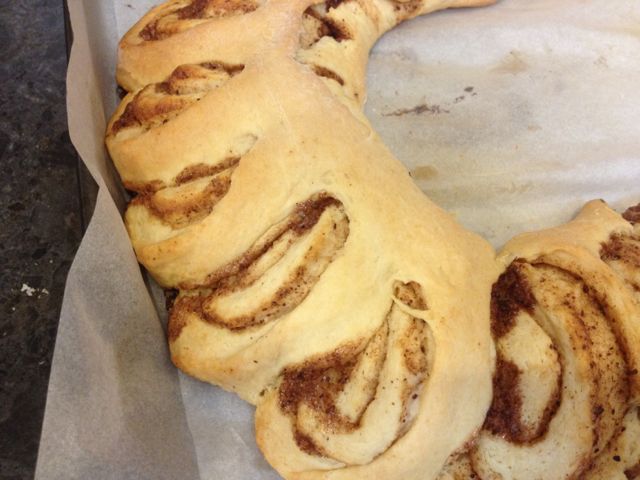