Remember Matchsticks? I haven't had them for YEARS!!

Spread jam on one rectangle (or shape), add some whipped cream (I add vanilla sugar to my cream for extra yumminess!)

stick another one on top

THAT'S IT - they are SO flakey and SO delicious - nothing like the sharp and hard puff pastry that you buy!

HINT: what else could you use the puff pastry for? What about vanilla slices?? Cinnamon swirls (roll pastry out into large rectangle, sprinkle liberally with cinnamon sugar, roll up and cut 0.5cm slices off, lay flat and sprinkle lightly with more cinnamon sugar and cook as above)

Two photos below - one, the shapes, then the Matchsticks 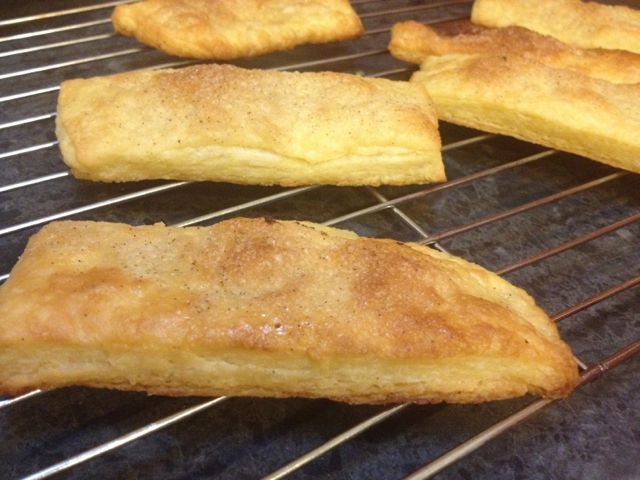 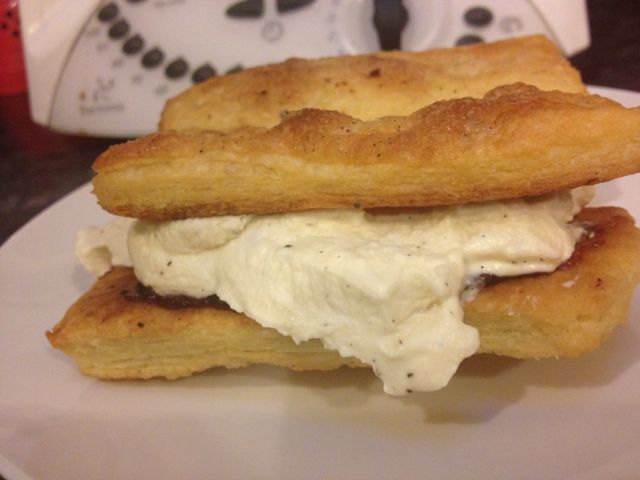