Beef Cheeks in the Varoma

John introduced me to Beef Cheeks, cooked sloooooooowly in a pot on the stove.  They really are delicious!!  Tender and, just like lamb shanks, need a) a lot of cooking and b) provide a delicious thick nourishing stock.

John - my darling John - changed his name to Doubting Thomas for a while there after I casually asked (after he burnt a big pot of beef cheeks) if they would be ok in the Thermomix - he said he doubted it!

So.... over the last few months I have been meaning to try it and finally I have!  Let me tell you (AND my darling John had to agree) that they were actually BETTER steamed and whats more (drum roll.....) didn't take any longer!!

My recipe?  Well, to be honest I just made it up, but we will be having this again!!  Oh Yeah!!

1x batch of Sweet, Sour and BBQ sauce recipe here Just the ingredients, no need to cook it

4-8 beef cheeks (speak to your butcher.  He may have to order them in so be patient)

3 small fresh bay leaves (dry if you only have them)

1-2 litres of Boiling water for later on

make up one batch of SWBBQ sauce (SOooooooo many letters to type, I've shortened it) - not the cooking part, just the ingredients.

top the thermomix up to 1.5 litre mark with water

Put the cheeks into the varoma, depending on how many you have.  I had the 4 on the top tray so I could add veggies later on to the bottom.

Peel the onions and cut into 1/2 or 1/4's depending on their size, and lay around the cheeks

put the rosemary sprigs over the top.  You don't need much, 2 or 3. and the bay leaves.  Put the lid on the varoma

When your thermomix goes beep - remove the varoma - careful, it's hot!!! - and top the water back up to 1.5 litres - even a little over - with boiling water.  Why boiling?  Saves time bringing it back up to varoma temp.

RESET the Varoma Temp, then again for 60 minutes and speed 2.  Go back to what you were doing before.....

When it goes beep this time.... your cheeks shouild be lovely and tender.  If you want to go another 30 minutes, don't forget to add 500g of boiling water.

When you think you have them at the right tenderness... either.......

We had the cheeks with mashed potato... let me tell you they were DELISH!! and John?  He ate his words along with the meal.  He agreed they were BETTER THAN DOING THEM ON THE STOVE OR IN THE OVEN.
For me they ARE better.  Not only taste wise, but John makes a HECK of a mess cooking them on the stove - burnt them once - and I prefer cleaning the super easy to clean thermy rather than the baking pan or large saucepan with cooked on gunk!!

HINT: Maybe because there was only enough cheeks for one meal, we had HEAPS of sauce left over... so... the next day I added a little stock to it, 1/2 doz tomatoes and then steamed lamb shanks the same way.  Oh my goodness!!!  My new favourite way of steaming lamb shanks!!

Unfortunately my video showing how easy it is to cut the cheeks with a spoon after the cooking  is having the world of trouble being uploaded to YouTube, so you'll have to take my word for it. 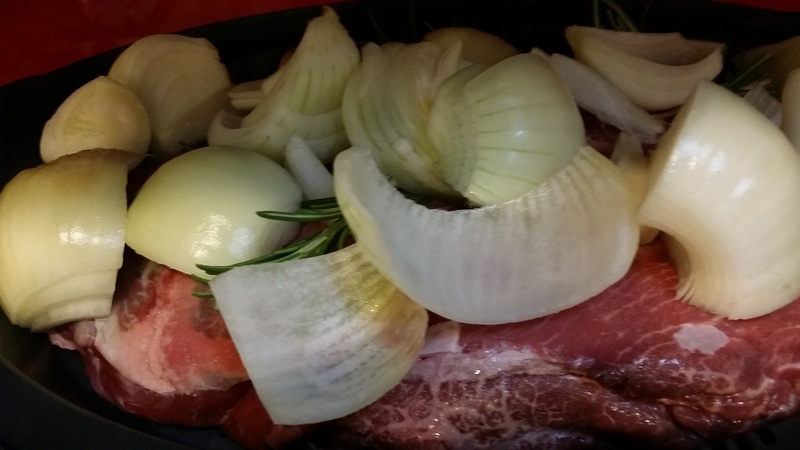 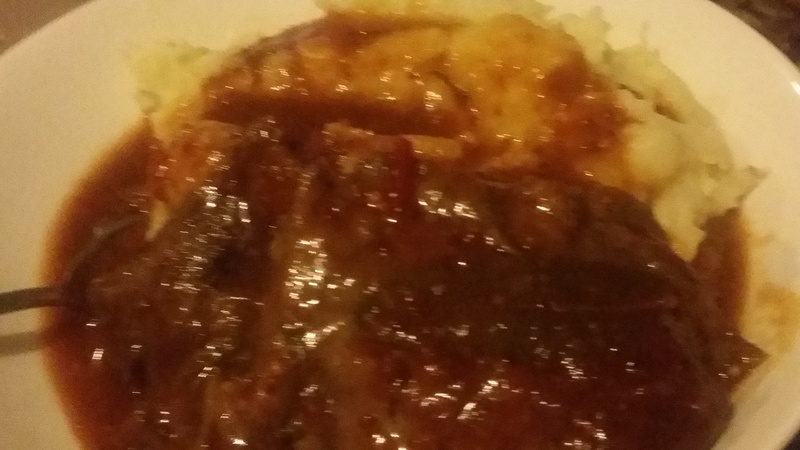 Categories: VERY useful information, My Favourite Recipes, My own Recipes