I was given a taste of some pomegranate Molassas once... ages ago.. SO long ago that I can't even remember when and where I had it!  The lady had made it and wanted me to try some... OK... it was ok, a tangy sauce... so, I thought, what could I possibly do with that? And put it out of my mind.... or so I thought.

Over the years I have remembered the name of the sauce, and the excitement of the person who had made it and at the back of my mind has ALWAYS been the thought.... "there must be more to it"

Recently we were on a drive in our (my!!) new car (new to us that is, one which we've affectionately called "Big Blue") and we stopped at our favourite organic fruit and veggie place at Gumeracha.  Frank and Rosemary had some local Pomegranates which looked just fabulous and although they were $3 each, I got two with making the Molassas in mind.

Two days later the Thermomix and I squared up together to make the molassas.  First thing, the recipe.  Super Kitchen Machine has a lovely, easy one and the Forum has another.  The only difference I could see is the amount of lemon juice and the type of sweetner (mapyle syrup as apposed to sugar).   I don't actually have a preference, but lemons are also expensive at the mo, so I took Helene's (Super Kitchen Machine)

You should have seen my face!!!  One LITRE of pomegranate juice?  My 2 pomegrantaes weren't going to supply anywhere NEAR a litre and it would cost me about $20 worth of pomegranates to get anywhere close!  I think if you HAVE a Pomegranate tree, then this is an option with fresh fruit (STRAIN the pips after you juice the seeds!!  Or you'll end up with more seed than Molassas)

But for me I had to go with the bought juice option.  So, with my determination in full flight, I went to the local supermarket and yup - a litre of pomegranate juice was $6, the type that says "no added sugar" and "100% juice".

I came home, chucked it into my impatiently waiting thermomix - added the other two ingredients (lemon juice and maple syrup) and set it going.  The recipe says two things.  One, that you cook it on varoma for 60-70 mintues and it thickens up on standing.  So, when, at 60 minutes, it was thinnish I didn't worry.  I got my jars out of the oven where they were sterilising and put the molassas in.  after 60 minutes I was left with about 320-350ml.

It didn't thicken up... I thought I needed to have reduced it to 250ml to get it thick, but I have been reliaby informed since, that the molassas part of the name is only just that... a name.  Not meant to be an indication on how thick it is supposed to be.  The stuff you get in Iran IS thinnish.  Perhaps too sweet/sour if it was thicker?

But, I decided to use it anyway.  I asked John to bring home some chicken wings - made a very basic marinade up (100g of thinnish molassas, 50g of Soy Sauce and 20g of sesame oil) and marinaded the chicken wings.

Now... I didn't expect much - there was a LOT of chicken wings (benefit of being married to a butcher!) - probably 1.5 kilo - and not much marinade really.  I kept turning the bag and they sat in the fridge for 24 hours before we had them.

I wasn't expecting it to be AMAZING!.  Not super strongly flavoured but absolutely destinctly flavoured for sure!!!  Lovely colour and a fabulous taste that was the mixture of sweet and salty but not not very sweet OR salty.  After you had eaten a few, you realise that there was a really lovely tangy feel in your mouth, like lemon without any bitterness.

Back to the recipe - my molassas ended up being a bit on the thin side.  Thicker than juice most definately, but sort like dark soy sauce consistency.  Is that a bad thing???  On reflection, I don't think so.  It might be convention to have a thicker sauce, but it is easier to use when thinner... spreads further in a marinade and easier to get a subtle flavour to what you add it to.  So if you have thin molasses... dont worry!  Just use it!

Where else can you use it?  There are lots of suggestions on the two pages I added the links to above, but to give you an idea...

GO MAKE IT!  It should be an essential product in every kitchen!! 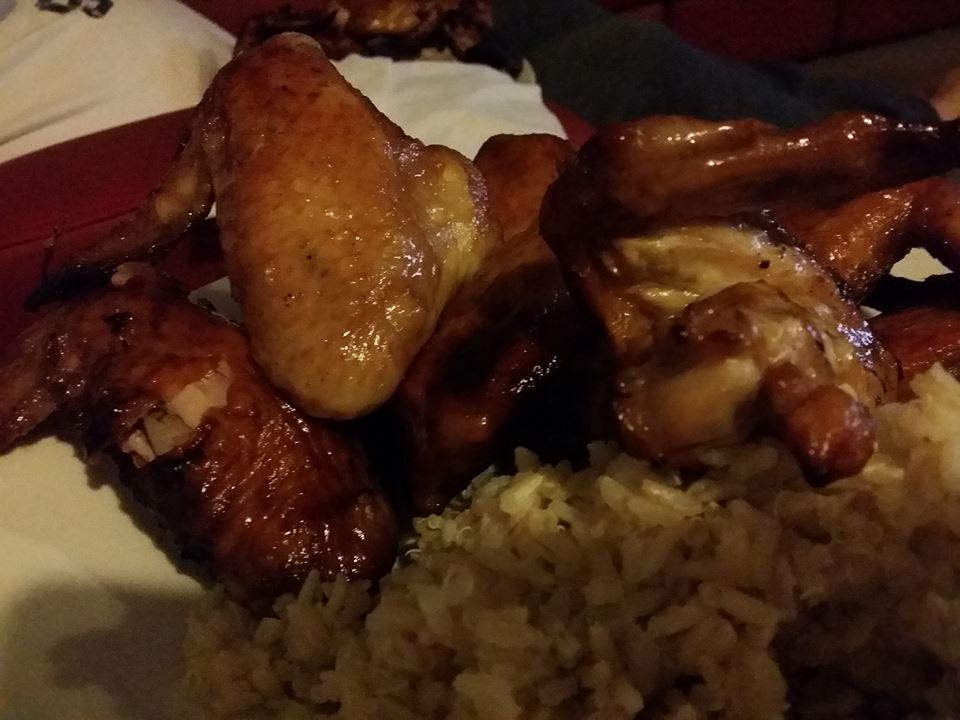