I was asked to make a gluten free bread for someone.

Now, I had no idea about gluten free cooking - I understood about the issue, but not what you would cook apart from cook them rice :-)

Soooo.... I did a bit of research, and then tried Cindy's recipe from the Thermomix Gluten free cookbook.

As I had found with my research -

So, I was expecting the bread to be pretty gluggy.  Actually, it was really lovely - a little heavier than normal bread, but it rose well, tasted lovely, sliced well and was well received.

When it is made, it is more like a cake batter and as such it was easy to take out of the Thermomix.  I put it straight into the tin it was going to cook.

LESSON - although it looks like cake batter, it actually stays in the peaks you put it in, so smooth it out on the top if you want it to look nice

IMPORTANT LESSON: bake it for at LEAST 10 minutes longer than the recipe says... or, like a cake it will just flop when you take it out of the oven. 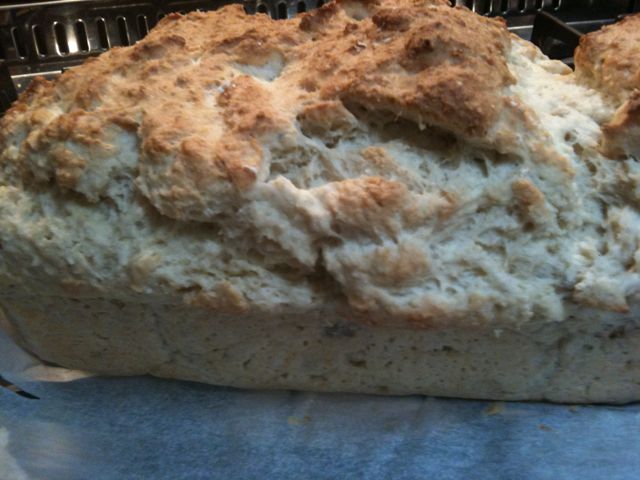