Where in the world is... Thermomix?

I received a text from one of my clients yesterday - she is clearly in Sydney and was visiting Adriano Zumba's cake shop.

What did she see in the background.... and what more, take a photo of??  The Thermomix of course!

Who is he?  Well, I have taken this straight off his website, basically because I couldn't have said it better!  "Adriano Zumbo is no ordinary patissier. His creations elicit admiration from critics and the public alike and for good reason; they’re unique in concept and execution – quite simply, you won’t find anything else quite like it in Australia".  Adriano has been the person responsible for the maniacally difficult and wild dessert challenges in the Australia's MasterChef.

I have seen him bring the Thermomix along to MAKE his concoctions at MasterChef and in a special about his restaurant last year, I noticed he even had a Thermomix at HOME!!

But.... Joanne, who was visiting Sydney over the weekend actually took a picture of the Thermomix being used AT HIS RESTAURANT! (What a legend Joanne!!!  Thank you)

Another client/friend was clever enough to take "find the Thermy" on TV shots from her tv too!!  I have included them here.  Thanks Teresa!

Why? Well, for those people who say that it is a toy for home... for those people who think it can't be used for large families (if it is used at a VERY busy patissery), and those who think Thermomix is something that they would hide in a cupboard after a few months .... This about this,  the best chefs in the world use it!  What's more, many have become unpaid but vocal embassadors for it!!  (George Columbaris AUST, Heston Blumethal UK to name only 2 out of hundreds) 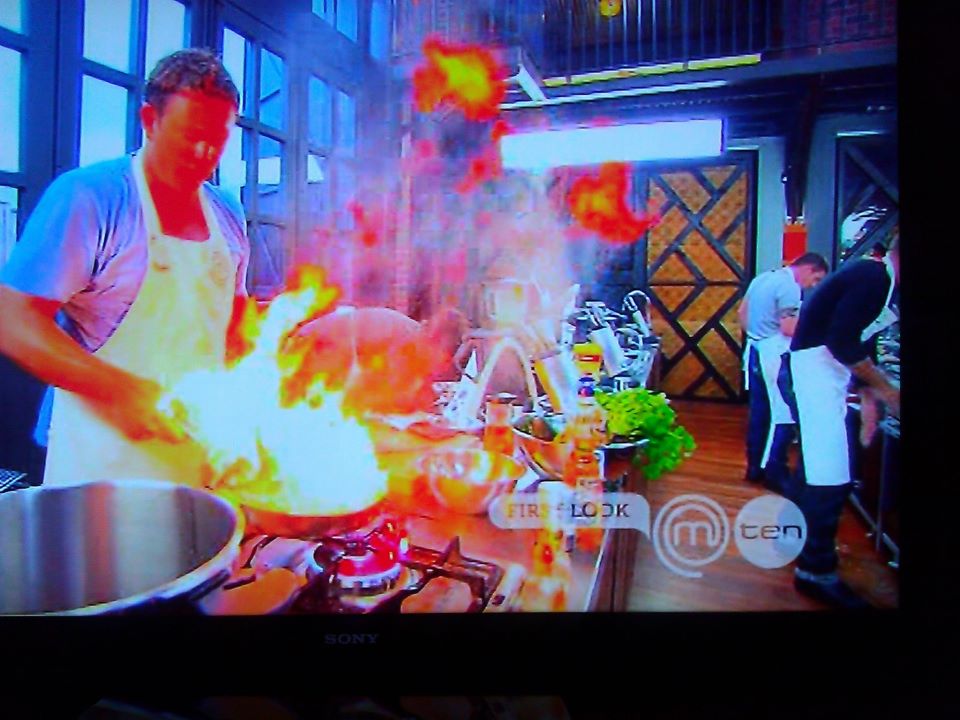 Categories: For your interest